1. No Trick or Treat Candy

Chocolate in all forms—especially dark chocolate—can be dangerous, even lethal, for dogs and cats. Symptoms of chocolate poisoning may include vomiting, diarrhea, rapid breathing, increased heart rate, and seizures. Halloween candies containing the artificial sweetener xylitol can also be poisonous to dogs. Even small amounts of xylitol can cause liver damage, a sudden drop in blood sugar and subsequent loss of coordination and seizures. Make sure to place all Halloween treats up and out of reach.

2. Don’t leave pets out in the yard on Halloween.

Do not leave pets unattended in the yard on Halloween night, not only does it tend to be high stress for some animals with the increased traffic of tricker treaters but also there is a risk of pranksters letting pets out, teasing them or worse. Black cats are especially at risk from pranks or other cruelty-related incidents. Make sure your black cats are safely housed indoors around Halloween.

3. Keep pets confined and away from the door.

Indoors is certainly better than outdoors on Halloween, but your door will be constantly opening and closing, and strangers will be on your doorstep dressed in unusual costumes. This, can be scary for your pet, which can result in escape attempts or unexpected aggression. Putting your dog or cat in a secure crate or room away from the front door will reduce stress and prevent them from darting outside into the night.

4. Keep glow sticks away from pets.

While glow sticks can help keep people safe on Halloween night, they can add some unwanted drama to the holiday if a pet chews one open. The liquid inside glow sticks is non-toxic, so it won’t actually make pets sick but it does taste awful. Pets who get into a glow stick may drool, paw at their mouth, become agitated, and sometimes even vomit.

If you are using candles to light your Jack-o-lanterns or other Halloween decorations, make sure to place them well out of reach of your pets he risk of burning themselves or causing a fire.

6. Keep electric and battery-powered Halloween decorations out of reach.

Electric and battery-powered Halloween decorations are safer than open candles, but they still can present a risk to pets. Pets who chew on electrical cords or batteries may receive an electrical shock or suffer from burns when Batteries can also create gastrointestinal blockage if swallowed.

If you do decide your pet needs a costume, make sure it isn’t dangerous or simply annoying to your pet. Costumes should not restrict movement, hearing, eyesight, or the ability to breathe. Pets who are wearing a costume should always be supervised by a responsible adult.

If your dog or cat should escape and become lost, having the proper identification will increase the chances that he or she will be returned. Microchips offer permanent identification should the collar or tag fall off. Owners should make sure microchip information is kept updated annually. 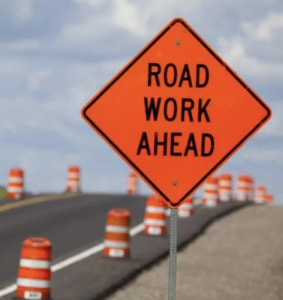 The only entrance to the clinic (Paddington Square) is off Memorial